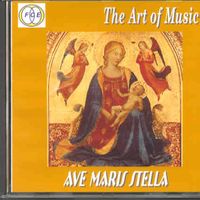 One of Josquin’s best known and moving works, this is a lament occasioned by the death in 1497 of the composer Johannes Ockeghem. Most of the voices sing a French poem specially written to mark that event, while one sings a plainchant, Requiem aeternam, from the Mass for the Dead. This continued a tradition to which Ockeghem himself had contributed when he wrote the similarly structured Mort, tu as navré de ton dart on the death of the composer Gilles Binchois in 1460.