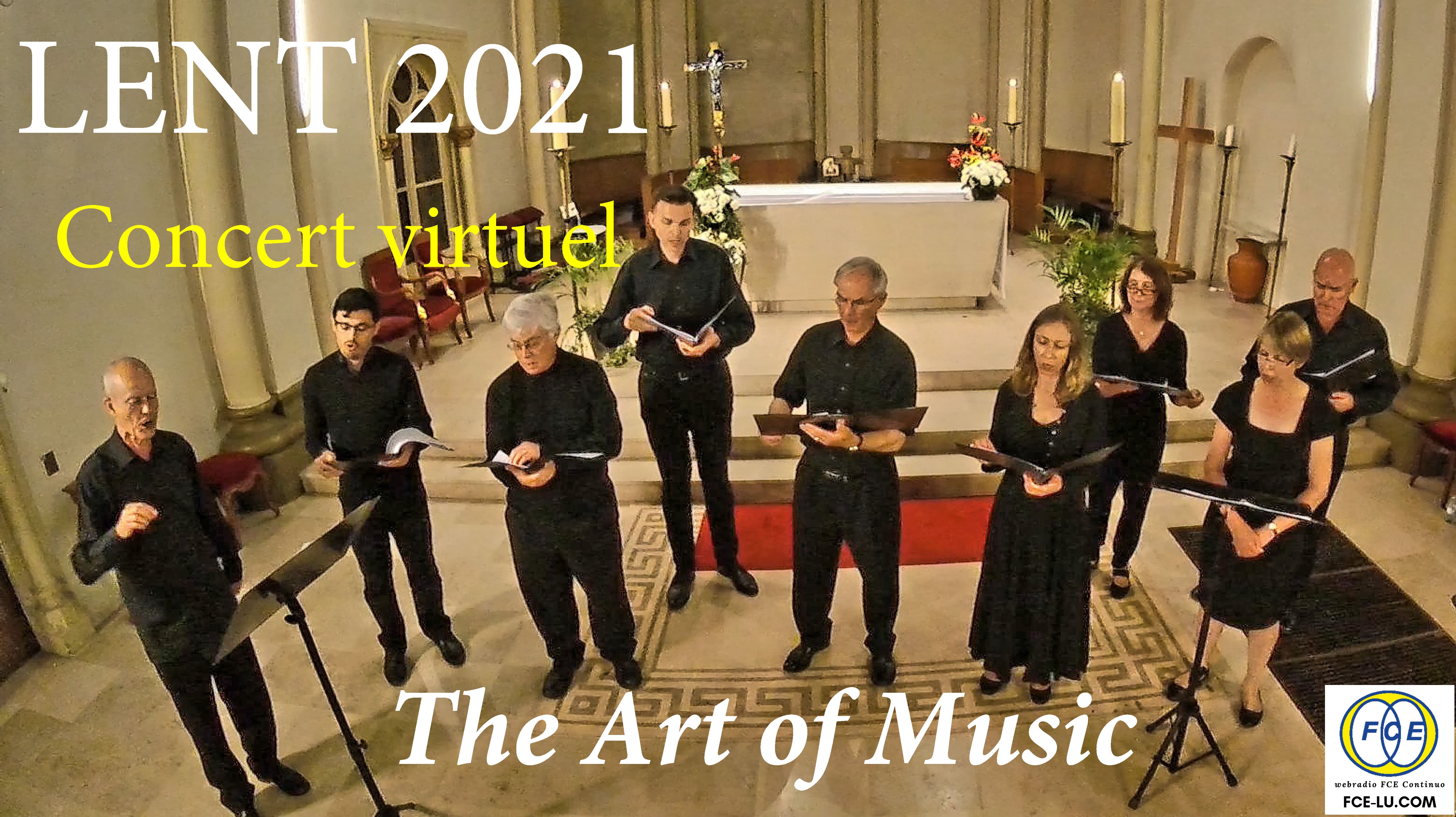 We invite you to share the project with your friends,

listen to the Josquin 500 playlist,

and investigate the online store of The Art of Music.

And we hope you enjoy the concert.

If ‘early music’ can be roughly divided into medieval, Renaissance and baroque periods and styles, the first two of these periods are the ones that the Art of Music has striven to showcase. With works ranging from the serene to (on occasion) the vigorous and dramatic, this concert is loosely themed around the period of Lent, allied with the subjects of hope and the redeeming power of love.

It's possible to follow the words being sung on screen, together with English translations where called for. All the recordings used will be live concert recordings, spanning the 21 years from 1998 to 2019.

As usual in concerts by this ensemble, you hear an alternation of plainchant with polyphony, and of pieces sung by the whole group with pieces for women’s voices only.

Special thanks should go to the professional group Trio Medieval for inspiring some of the performances given by the Art of Music’s women singers, including one medieval Italian song which is accompanied by some quite modern harmonies. If you enjoy this, perhaps you would also like to discover them…

How it feels to be on ice: a singer’s view

Singing ‘democratic music’ (as the late Carlo Hommel described polyphony) was a vital part of our lives for a long while. It was suddenly snatched away from us by the Corona pandemic in March last year, just ten days before our Lenten concert. And it feels as if part of our soul has been put on ice.

For music has a spiritual dimension, and none more so than the choral settings of religious text. It’s a harsh blow to be deprived of that, along with the disciplined learning, the social side, and the physical activity of rhythmic breathing—all an integral part of singing.

Sadly, one of our baritones, Alan Carlisle, was also snatched away, by illness last December. Alan was not only a singer, but also a horn-player, organist and composer. He will be especially missed when - as we hope - it becomes possible to resume rehearsals. So we would like to dedicate this concert to his memory.

Unfortunately singing is suspected by scientists of posing the greatest risk of all musical activity from contamination, via the aerosol droplets exhaled in the breath. Which means that even rehearsing together remains hazardous.

Some of us have continued to sing in isolation since March 2020, either as students at the Conservatoire or by contributing individual voice parts to virtual recordings of church music.

But The Art of Music has always focused on live performance. All the pieces in this streamed concert were recorded live by Josy Peschon, in the church acoustics of St-Jean and St-Alphonse in Luxembourg City. We’re especially grateful to Josy for the idea of this programme and for putting it together. We invite you to share the project with your friends, listen to the Josquin 500 playlist, and investigate the online store of The Art of Music. And we hope you enjoy the concert.